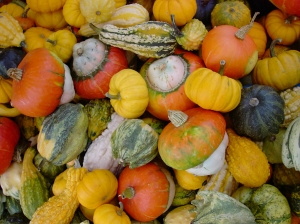 The Telegraph reports an observation from Prof Mark Bedau at a recent Artificial Life conference that developments in simulated evolution over the last twenty years have not been as fruitful as originally hoped. Whilst insisting this did not in any way support an intelligent design hypothesis, which prompted a flurry of related blog posts, he did say we needed more understanding of the self-organisation processes involved.

These simulated evolution experiments are finding equilibrium states which are not conducive to evolving higher organisms. Complex life-forms never emerge due to the dominance of very simple parasitic organisms like viruses. One imagines genetic algorithms starting from a random state and exploring the local fitness landscape before settling into fairly stable configurations which only allow minor mutations to survive. Punctuationist evolutionary theory holds that evolution happens at a variable rate, and this is related to extinction cascades within the ecosystem. The magnitude of cascades are distributed by a power law, and the largest result in mass extinctions which provide rich opportunities for evolution to occur rapidly, by vacating niches previously occupied by dominant species.

However, the extinction cascades which result from mutation may not be enough to avoid homeostasis. The Gaia Hypothesis observed that the biosphere is a system of both living organisms and the environment. Organisms cannot be decoupled from the carbon and water cycles. They shape the environment by changing its structure and components, but more importantly environmental changes also instigate massive extinction cascades. If this were not the case, perhaps the Earth would still be ruled by dinosaurs or blue-green algae. 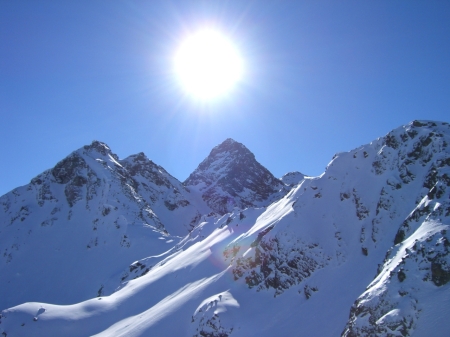 If homeostasis occurs in an evolutionary model then maybe expecting a killer virus to provide wiggle-room for creativity is not enough. Volcanoes, asteroids, ice ages and other environmental impacts must be included in the system. These events change the topology of the fitness landscape. This means that what was previously a good adaptation may now be a disadvantage. This massively relaxes the niche pressure on the survivors, which allows new maxima to be reached. Global optimization problems can be addressed by an approach like Simulated Annealing, which is something akin to shaking a bucket of stones to bring the large ones to the surface. Add some randomness to break the order, so that new structures may be formed. However, the magnitude of extinction events needs to to be distributed properly – there have to be some huge ones. Even the human population has veered close to extinction on several occasions. Most notably we were apparently reduced to something like 10,000 individuals when a supervolcano at Lake Toba erupted about 70,000 years ago. 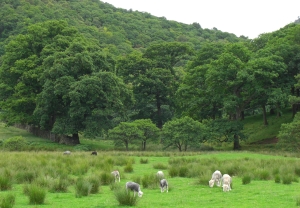 When a forest is felled there is much room for growth, but biodiversity is hugely reduced since species provide each other’s environment. The ecosystem must bootstrap itself. Storms and forest fires provide catastrophes on the intermediate scale. Minor adjustments are made when a single tree falls and creates a clearing, giving a small window of opportunity to other plants. Meanwhile, a garden sometimes requires drastic tree surgery in order to reduce shade, but this can usually be avoided with regular attention to pruning. Without catastrophes we might still be soup… the question is, can the effects of major impacts on a system ever be simulated with directed minor adjustments? In the context of social media or organisational knowledge management, can revolutions ever be achieved through incremental change? And can Google be beaten by a head-on assault, or does the playing field have to first be redefined?